The eighteen months from January 2016 to July 2017 have generally been seen as a particularly violent period in Chicago. Homicides rose by 58% in 2016 relative to 2015, and the number of guns recovered by police decreased. And while Chicago’s violence has garnered national media attention, important questions remain about where, when, why, and how much the trajectory of violence shifted, and whether it has returned to historical levels.

This project, conducted in concert with Lurie Children’s Hospital and the Illinois Violent Death Reporting System (IVDRS), seeks to map the correlates of violent deaths in the Chicago area over the past two decades. It examines temporal and spatial trends in homicides, evolutions of social networks, and how both have been affected by community and police responses. 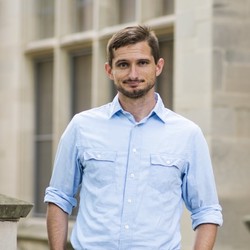 My research interests involve statistical methods for the social and health sciences.